Mission Bay Yacht Club has a rich history -- the early sailboats had to be flat bottomed to maneuver in the shallow water of the Bay. The Flapper, a 12 foot catboat, was the first class to race. A... Read More

Mission Bay Yacht Club has a rich history -- the early sailboats had to be flat bottomed to maneuver in the shallow water of the Bay. The Flapper, a 12 foot catboat, was the first class to race. A variety of boats, including some from San Diego Yacht Club, formed a handicap fleet and raced when the tide permitted. By 1931 the Skimmer was the hot boat in this area.

Each Opening Day we relive some of our early history as the commodore sails "Scanties," the club's first Flapper class boat, given to the club by our first commodore, Tom Scripps. It was donated to the Club around 1968, and the Board decided that the Commodore should sail it each year in the Asher Pier Race. It has since been rebuilt, and is still sailed. Originally, it was just one of the boats in the Handicap Fleet. Subsequently, a special class for the Opening Day race was established, which the Commodore always wins. 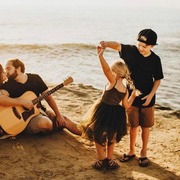 Folk/Americana, Acoustic
Lee Melton
My name is Lee Melton, a musician here in Carlsbad. I started playing gigs in 2010 for Jimmy Buffet’s Margaritaville in Florida as a house solo musician. Then multiple restaurants/bars around the Gulf Coast of Florida and now throughout San Diego and Orange County. I really enjoy all genres music from multiple generations. Some of the artist I enjoy playing are: Jack Johnson, Donavon Frankenreiter, James Taylor, Ben Harper, Elton John, The Eagles, The Red Hot Chili Peppers, Sublime, Garth Brooks, Morgan Wallen, Tyler Childers, Rod Stewart, Bruno Mars, most 90’s pop rock, CCR and other various artists from 70’s to current. 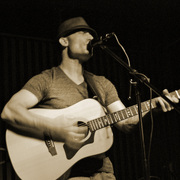 Acoustic, Pop, Rock
Michael LeClerc
Perfect for: Events looking for Emerging Artists who play original music. House Concerts or Private Parties. Open to most Venues and Occasions. Gear: Provide a PA that can cover 300 people in a room or a small outdoor setting. Will bring all sound equipment needed. I will travel to an event outside the San Diego area depending on the details and what is required. Michael LeClerc is a Canadian singer/songwriter with a style reminiscent of Van Morrison, Dave Matthews or Jack Johnson. His sweet and soulful voice penetrates deeply, with a dream-like quality against an acoustic guitar that drifts between deftly executed finger-style to jangly strumming, and segues easily from love ballad to upbeat rocker. Currently located in Southern California, he is carving a niche for himself up and down the west coast, playing wineries, clubs and songwriter showcases from San Diego to Vancouver, Canada. Fiercely independent, Michael has been playing since the age of seven, and always knew that music was his calling. Growing up in the rural, blue-collar community of Chatham, Ontario fueled his wanderlust, but like many artists, there were several turns in the road before he made the decision to commit to music full time. Some of his early vocations included picking tobacco and working in a corn mill, eventually leading him to pursue a degree in Hospitality and Business Development. After a few years living in Ireland and working with several prestigious hotels, he moved to the Cayman Islands, where his band Smooth Bill had the opportunity to open for top Canadian band The Tragically Hip in front of several thousand people. He has since played to many large audience, including the Twilight Concert Series in Del Mar, CA, andis just as comfortable playing on a big stage as his is to an intimate listening room audience. In 2011, he released his first solo EP with producer Jim Wirt (Fiona Apple, Incubus, Hoobastank), titled Radio. Local terrestrial and internet radio began to pick up on the title track, leading to a three-month tour of California that soon segued into a permanent move. 2015 saw the release of a new self-titled EP, and he has been a featured performer in Renaissance Hotels’ RLife concert series, a program that in the past has hosted artists like Bruno Mars and Robin Thicke. Drawing comparisons to James Taylor, Jackson Brown and John Mayer, Michael’s instant appeal and warm stage presence invites the audience to come closer and listen to what he has to say.

Rap/Hip-Hop, R&B
DJ CIA
Music is life and I'm the life of the party. I feel fortunate to grow up listening to the 1990s-2000s era of music and around friends who are DJ's, which has inspired me to be the DJ that I am today. An open-format and plays a mix of many genres, while specializes in Hip-Hop, R&B, Classics and Chart Music. I have always been open minded to music for a wide variety of audiences and events. My ability to read the crowd, naturally raises the energy level of the room. Hard to put into words, but music drives me and I enjoy connecting with people through the art of DJing. Just a little bit about my DJ background. I used to be one of the resident DJ's at the Hard Rock Cafe in Downtown SD. I was the main DJ at Swami's Café and played a couple times for Altitude and STK Rooftop. I've also done over 50 Weddings and served as an MC. I’ve always made certain the bride and groom are relaxed and guided seamlessly throughout the event. 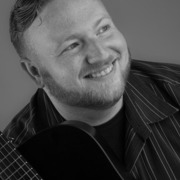 Rock, Acoustic, Folk/Americana
Jason Graham
Hello, and thanks so much for viewing my page! My name is Jason Graham, and I specialize in playing fun covers in a wide variety of genres, whether it be top 40, classic rock, folk or country. I have a wide variety in my set list, and can cater my shows too many different ages and styles. I have been lucky enough to travel the world playing music on cruise ships for the past few years, and am excited to make San Diego my new home. I utilize live looping to build up layers in my songs, and bring a one man band energy to all of my shows, but I can also strip it down and have a more traditional acoustic vibe if that is what the show calls for. I really appreciate the consideration, and can guarantee to bring professionalism and a fun time! Thank you! 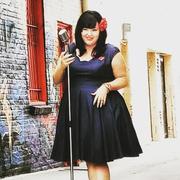 Pop, Indie, R&B
Celeste Barbier
The Knot Best Of Weddings 2020 Top 40 Adult Contemporary & Indie Recording Artist for Radio Charts Nationwide Celeste Barbier is a premier solo vocalist & recording artist located in Southern California, based out of North San Diego County. She performs jazz and blues standards as well as a few oldies and ballads from the 20's through 70's eras as well as a few select contemporary tunes by artists such as Norah Jones, Amy Winehouse, Melody Gardot, and Diana Krall. She also performs special songs for most of the major holidays. Celeste was classically trained at Chapman University as an opera singer and brings rich, clear, deep, soothing & sultry yet powerful contralto vocals to this vintage music. Her voice is a cross between Patsy Cline, Diana Krall, Karen Carpenter & Etta James. She covers music primarily from the early to mid 20th century including Patsy Cline, Peggy Lee, Ella Fitzgerald, Sam Cooke, Etta James, The Carpenters, Nat King Cole and so many more!! Celeste performs for weddings, corporate, public and private events and has ongoing engagements with venues like Rancho Bernardo Inn, Bernardo Winery, Vintana Wine + Dine, Flagship Cruises & Events, numerous country clubs such as El Niguel CC of Laguna Niguel, The Bridges of Rancho Santa Fe & more. She specializes in themed events particularly from the Roaring Twenties & Old Hollywood Glamour to the Boppin' 50's and 60's era of peace, love & music! Celeste is always sure to look the part as well. Her fashion is an important part of what she offers as an entertainer. She dresses in vintage inspired attire and uses a retro Shure 55 Super Deluxe Microphone or Heil Sound LED "Fin" Art Deco Microphone both reminiscent of bygone eras. She can be background music for your event or front and center and is happy to assist as an emcee for special events. She is both personable and professional and one of the easiest performers to work with which is proven by a long list of testimonials from happy clients and audiences. She has nearly 3000 fans on her Facebook Business Page a 5 star rating on Yelp & FB and is beloved throughout the San Diego community. Celeste will perform anywhere in San Diego, Riverside, Orange, & Los Angeles Counties & beyond if travel accommodations are provided.