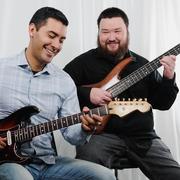 Acoustic, Reggae/Island, Oldies
The J&L Duo
A dynamic and soulful duo from Orange County, Jeff and Luis brings together a blended mix of classic and upbeat modern tunes. Together they have over 35+ years of musical experience with 10 years of those spent sharing many stages and events together. This newly branded acoustic duo has assembled new and inspiring musical sets that are sure to capture the attention of wade array of music goers. The duo prides itself on being adaptable to any setting from private gigs to out-door events and more. J&L brings their professionalism, promptness and punctuality to every gig. The duo has all the professional gear to cover events with a professional PA system. The duo has a love for playing for people and they surely wont disappoint. The duo also has the ability to form as a 4 piece or more for gigs that need a bigger band. 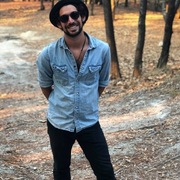 David Yuter
David Yuter is a musician, artist and producer from San Diego, CA. He has toured all over the world with major label artists as well as forming his own groups around town. Yuter plays upwards of 150 shows a year all around with dozens of bands and artists. He’s a recording artist, music director and composer with many recordings under his belt. 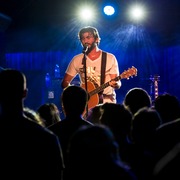 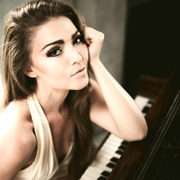 Pop, Blues
Autumn Melody Thomas
"Autumn's noteworthy credits include collaborations with Grammy Nominated Producer EDX’s Label Sirup Music, multiple International Tours with powerhouse production companies across the globe, and as an original cast member for a U.S. National Tour with Broadway company McCoy Rigby Entertainment. In addition, Autumn has headlined five-star cruise lines and casinos; including Royal Caribbean International and Caesars Entertainment; and has provided session vocals for networks such as Nickelodeon, Universal, and for prominent producers throughout Los Angeles and London. After graduating cum laude with music and theatrical training, Autumn was able to combine her versatile vocals and performance skills with her master level classical piano skills. She booked non-stop production shows and residencies at world renowned luxury resorts, arenas, clubs, restaurants, and cabarets throughout Europe, Asia, and The U.S. As a solo artist, and as a front vocalist for some of the country’s best international corporate entertainment bands, Autumn has provided music for extremely high-profile clients such as; the NFL All-Stars, the Gala Opening of Sentosa Island in Singapore (internationally televised), Oracle Corporation's CEO Larry Ellison, Broadway legends Cathy Rigby and Sarah Brightman, The King of Bahrain, and on the Las Vegas strip opening for a ZZ-Top performance. Autumn is a SAG-AFTRA/AGVA union performer with notable film and television appearances such as NBC’s ‘The Voice’ and an award winning fringe movie musical. She has held residencies as a piano vocalist in London’s most iconic venues: The Savoy, The Dorchester, The Corinthia; and has previously held residencies at The Beverly Hills Montage, The Ritz, Seasons 52, Terranea Luxury Resort, and Mastros Ocean Club. Autumn also holds a Master of Science Degree from University College London; consistently ranked with the top ten universities in the world, and and has a wealth of international experience working with prominent human rights organisations." 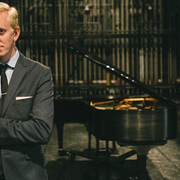 Jazz, Latin/World, Pop
Ed Kornhauser
San Diego based pianist Ed Kornhauser holds a Bachelor of Music in Jazz Studies from San Diego State University. Primarily a jazz musician, he has studied the language, vocabulary, and repertoire of classic jazz as well as those of the modern. Working as a freelance musician in the greater San Diego area, Ed can be found backing a variety of local musicians and playing a diverse selection of music from jazz, to country, and to pop. As an accompanist he can be heard behind several vocalists including Leonard Patton and Lorraine Castellanos. Among other steady ensembles, Ed holds the piano chair the the drummer-led Matt Smith Neu Jazz trio, which fuses swinging jazz with an indie-pop vibe - two albums of original music to their credit. For the past 10 years he's been staff accompanist at Unity Way Church in Vista, CA,. Ed plays frequently at weddings and other private events as both a soloist and as a member of an ensemble.