Award-winning Celebrity Chef Brian Malarkey helms the newest Alexandria restaurant, a follow-up to his wildly successful Green Acre. Enjoy the inventive dishes he is known for, inspired by the... Read More

Award-winning Celebrity Chef Brian Malarkey helms the newest Alexandria restaurant, a follow-up to his wildly successful Green Acre. Enjoy the inventive dishes he is known for, inspired by the bounty produced by local farmers, the freshest catch from the Pacific coastal waters, and more. 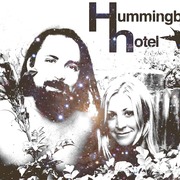 Pop, Acoustic, Reggae/Island
Hummingbird Hotel
Hummingbird Hotel is David Ornelas from the successful Reggae, soul, pop band Stranger, and Megan Love, sultry southern California singer songwriter. The duo came together through the San Diego music scene and in early 2014 co wrote the song that would be their debut single. 'Can't Say' was written on a magical night, on a rooftop overlooking the Gaslamp district of San Diego. The creative process between the two was organic and natural. They released Can't Say May 13th, 2014 and have since, written and recorded a full album, which will be released later this year. They decided because of the buzziness, and excitement and project to call their duo Hummingbird Hotel. With rich harmonies, strong musicianship and great stage presence their live performance is not to be missed. The two perform regularly in their hometown as a duo and also with full band including violin, stand up bass, drums, and keys. They have also done some touring in North America and Mexico. More notable performances include the Sundance Film Festival in Park City, UT, and the Hawaiian Songwriting Festival with artists such as Jason Mraz where they placed in songwriting competition as well with their new song 'Perfect'. 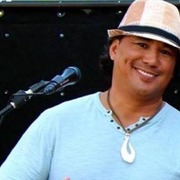 Reggae/Island, Acoustic, Soul
Ben Benavente
Hello and thank you for viewing my page. I specialize in Hawaiian/Island style music from Fiji to Ka'au Crater Boys, Jack Johnson, Bruno Mars and Jason Mraz. A softer reggae most would say. I create entire songs on the fly by looping and recording live. I start off by recording the drums then piano, bass guitar and then singing and playing ukulele live. Hope you like my videos and have a great day. See you soon! 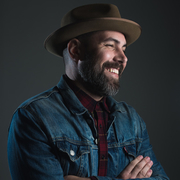 Soul, Blues
Christian Jules Taylor
Christian's voice is fueled with passion and soul. With just an acoustic guitar and his voice, Christian Taylor is great for any private party, business event, wedding, restaurant or bar. Catch him as part of his duo, trio, or full band, and guests are sure to be drawn in immediately, and be thoroughly entertained with every song. Christian currently performs at some of San Diego's best live music spots, including Whiskey Girl, Old City Hall (used to be Florent), Herringbone, Searsucker, Loews Coronado Bay Resort, and many others. Playing some of his favorite covers from past decades to present, every song sounds as if though it were his own, putting as much passion and heart into singing them as if he had written them himself. Christian has performed at major charity fundraisers, local festivals, as well as SXSW in Austin, TX. Bio below. San Diego, CA native musician, and singer songwriter, Christian Taylor grew up surrounded by, and listening to all styles of music. Grandson of "Wipeout" drum legend, Mel Taylor, of surf rock band The Ventures, as well as grandson to the First Lady of Rock N Roll, Mary Kaye, who was the pioneer of the Las Vegas lounge act, you could say music is in his blood. Christian's father Jay Kaye was an accomplished musician, singer, songwriter, and blues guitarist in his own right, finding his audience accross Europe, where Christian found himself as a young child watching a listening to him play. ​ Christian didn't find his voice or musical style until later in life, after playing in all different styles of bands and projects as a young man. Christian experimented with folk, americana, and blues rock for a while, before he found a way to blend it all together with his love for classic soul music. His lyrics are stories filled with love, heartache, and hope. With simple guitar playing, he relies more on his soulful raspy voice, that he pushes as far as he can. The music is a throw back to 50’s 60’s soul and rock n roll, as well as blues and folk, packed with organs, saxophones, and a female back up singer that compliments Christian's vocals. Their live shows are full of energy, good vibes, and charisma, that continually keep the audiences dancing and entertained. 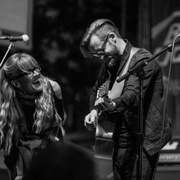 Pop, Dance, Indie
The Heart
The Heart is an uplifting Acoustic Duo. Their Genre extends from high energy, feel good Top 40, Classic to Modern Rock, Country, Indie, Reggae and Folk. They've been categorized with bands such as: Ed Sheeran, Mumford & Sons, The Lumineers & Imagine Dragons. They'll keep you smiling, dancing & singing along to their heart moving song renditions. Our Duo consists of Dale Peters who sings Lead Vocals, plays acoustic Guitar using various effect pedals and loops, simulating electric guitar, bass guitar, synthesizer & looped percussion; thus simulating the sound of a full band. Dale is accompanied by Cindy Peters on Lead Vocals as well as harmonies and Hand Percussion, who also doubles as our Sound Engineer. We can provide anything from high energy crowd moving music, such as: Castle on the Hill and Shape of You by Ed Sheeran, Radioactive & It's Time by Imagine Dragons, Mr. Brightside & All These Things I've Done by The Killers, Santeria & Badfish by Sublime, Boys 'Round here by Blake Shelton... to background, easy listening music like: Harvest Moon by Neil Young, Barcelona & Leaving it up to You by George Ezra, Home by Phillip Phillips, Redemption Song by Bob Marley and Skinny Love by Bon Iver. We are accustomed to playing various environments from rowdy, high energy bars, to Hotel lounges, Country Clubs, weddings, corporate events & parties in your home. We can provide a solo, duo or full band, depending on what your event calls for. We are flexible in accommodating your needs to create your perfect event! www.facebook.com/TheHeartBand www.twitter.com/TheHeartBand www.instagram.com/TheHeartBand 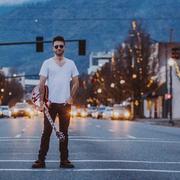 Acoustic, Blues, Soul
Adam Knight
Adam Knight is a singer- songwriter raised on the backroads of Southern Oregon where he grew up listening to Soul, R&B, and Americana Acoustic music. Adam is a versatile performer equally singing Pop, Neo Soul, R&B and Acoustic genres. With over 20 million streams worldwide, radio play in Germany, Switzerland, China and the United States, Adam has seen success early on in his career. Adam has received awards for singing such as Southern Oregon Idol's first place award in 2010 as well as a golden ticket to Hollywood for American Idol in 2007. Adam writes all his own music and has multiple songs signed to major labels,